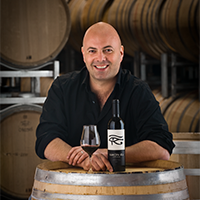 This family-owned boutique winery was founded in 1995 and dedicates itself to the production of super-premium, site-specific red wine made in small volumes. Originally from Germany, the Glaetzer family settled in Australia in the late 19th century and were some of the earliest recorded viticulturalists in the Barossa Valley and Clare Valley.

Today the winery is run by internationally acclaimed winemaker Ben Glaetzer, who is responsible for driving the brand`s considerable loyal following. Ben sources all their fruit from the northern sub-region of the Barossa, Ebenezer, which is known for its ancient dry-grown vineyards. Glaetzer`s most exceptional fruit is sourced from 80-110 year-old, non-grafted bush vines. In the cellar, Ben believes in minimal intervention and treating musts as gently as possible. The resulting wines, which include the iconic Amon-Ra Shiraz and Anaperenna Shiraz/Cabernet Sauvignon blend, are particularly balanced and elegant while retaining an unmistakably Barossa character.