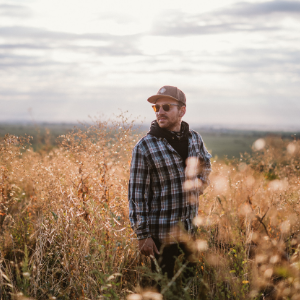 The Eymann wine estate was founded in 1984 and is owned and run by the Torey family. The winery is located in Gönnheim, a small wine village at the Mittelhaardt, the centre of the Pfalz wine growing region, in south-west Germany. The vineyards are situated on the upper Rhine terrace and the soils were formed during the last ice age. The soils are composed of river deposits (mainly gravel and sand), covered by a 1-2 meter top layer of loess. The characteristic feature of loess is its high lime and mineral content, which is the basis of the mineral structure and the full-bodied character of the wines from Gönnheim. The vineyards of Dürkheim and Wachenheim (Fuchsmantel, Königswingert and Schlossberg) have higher altitudes and are characterized by coloured sandstone soils. Fuchsmantel and Schlossberg are planted with very old own-rooted Riesling vines (plantings date to 1930 and 1969), this is beneficial during the increasingly more common dry summers.

Uniquely amongst German wineries, Weingut Eymann has been working organically since 1983 and converted to biodynamics in 2006. Their primary focus has always been on high quality and preserving the longevity of their vines and wines. Vincent Torey and his family farm 17 hectares of vineyards, with the biggest proportion (over 75%) planted to Riesling and Pinot Noir, followed by Chardonnay, Pinot Blanc and Pinot Gris. The white wines are characterised by their minerality, structure and balance. Most of them are fermented in traditional 1200 and 2400 liter vats and/or partly in stainless steel tanks. The red wines are made in the traditional way with fermentation and maturation in French barriques or Tonneaux.
New here?