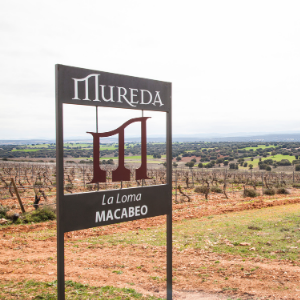 These three wines are made as youthful and vibrant styles from the typical grapes of La Mancha. They are great house pours that deliver beyond their price point. the 'Amphorvm' Blanco is a refreshing blend of Verdejo and Sauvignon Blanc, the juicy 'Amphorvm' Rosado is made from 100% Garnacha and the 'Amphorvm' Tinto is a vibrant blend of Tempranillo and Syrah.

This organic estate lies in an iconic Spanish landscape, as the home of Cervantes' fictional knight Don Quixote, and centuries' worth of the most bitter battles between the invading Moors and indigenous Christians. The name 'Mureda' is inspired by the plight of a Moorish princess of the time who, having been orphaned in one of the many battles across the region, remained hidden and protected here by a knight. The house became 'The House of the Moor' or 'La casa de Mureda' in tribute to this brave young girl's plight in a time of great conflict.
New here?