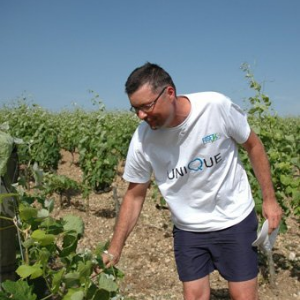 Domaine du Colombier has been in the family for well over a century, having been handed down from generation to generation since 1887. It was not until 1957 that Guy Mothe began to specialise in vinifying Chablis, a craft which his three sons continue to refine. In addition to producing linear and great value Petit Chablis and Chablis, their 55 hectares of vines includes parcels in Premier Cru vineyards Vaucoupin, Fourchaume and the Grand Cru vineyard of Bougros.

Thierry Mothe heads the vinification at the Domaine. The wines are predominantly aged in tank to retain freshness and minerality, with the exception of the Grand Cru Bourgros which benefits from time in oak barrel.
New here?