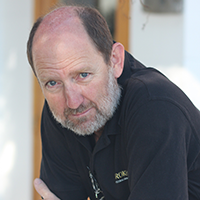 Founded in 1970 as a hobby venture by three Sydney-based solicitors- Tony Albert, John Beeston and Australian wine critic James Halliday- Brokenwood is perhaps best known for their Cricket Pitch label, which was first sourced from a 4-hectare block at the foothills of the Hunter Valley's Brokenback Ranges. The block was originally earmarked as the local cricket ground before they decided to plant a vineyard instead. Similarly, Brokenwood purchased their neighbouring block, which was intended to be the local cemetery, and instead planted Shiraz and Cabernet Sauvignon, becoming their critically acclaimed flagship wine, the Graveyard Vineyard Shiraz.

Chief Winemaker and Managing Director Iain Riggs joined Brokenwood in 1982 and introduced new winery equipment and facilities specifically for premium white wine production. Since 1983, white wine makes up a significant part of total production and their Semillon is widely recognized as one of the finest in the world. Iain has also been the driving force behind Brokenwood's expansion into the McLaren Vale in South Australia, Beechworth in Victoria, Margaret River in Western Australia, and Orange in New South Wales. Despite their expansion, they have managed to remain fiercely committed to producing unique and high-quality expressions of Australian terroir.