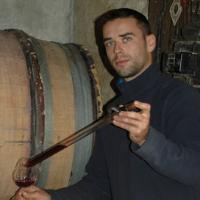 Alexandre Burgaud is, relatively speaking, new to the wine scene in Beaujolais, having purchased vines in 2013. A rising star, his property comprises 12 hectares, although Alexandre has it in mind to purchase additional parcels, some of which he rents at the moment.

A traditional semi-carbonic vinification in concrete vats, using all the stems, ensures wines of fruit forward typicity with respect for the vintage. Along with his excellent Beaujolais Villages, Alexandre has received acclaim for his Beaujolais-Lantignié, a small vineyard pegged to climb to the ranks of Cru status. The vines here are Alex's oldest, at over 50 years old, and lie on rocky blue granite soils not dissimilar to those of the Côte du Py in Morgon. This intensely aromatic wine puts many Cru Beaujolais wines in the shade.
New here?