"After a week of tasting up and down the Côte d’Or, it is safe to conclude that 2019 is indeed a remarkable year. The wines show amazing consistency and balance across the region." 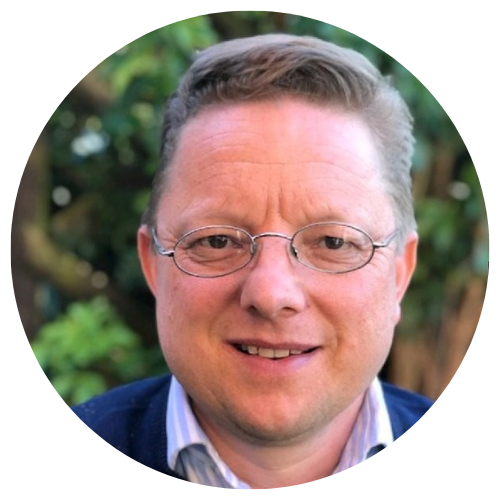 After a week of tasting up and down the Côte d’Or, it is safe to conclude that 2019 is indeed a remarkable year. The wines show amazing consistency and balance across the region. A great year for whites, which are concentrated and generous whilst retaining their vigour, 2019 is also a top-notch vintage for reds which show real intensity, once again balanced by an energetic freshness. The only cloud on the horizon are the low yields with some growers reporting a reduction in production of 50% or more!

A mild start to the year resulted in early budding. Isolated frosts between 5th and 8th of April had an impact on some low-lying vineyards, especially at village level. Olivier Lamy seems to have been particularly unlucky. For most, the main factor was cool weather around flowering which led to coulure and millerandage, resulting in fewer and smaller berries. From late spring onwards, the weather was dry and warm. Old vines on well drained soils, often the best terroirs, experienced the most stress which concentrated the fruit even further. One of the advantages of the dry weather was a reduction in disease pressure, resulting in fewer vineyard treatments. Most growers talked about a relatively ‘calm’ year.

The harvest occurred around the second week of September, from 9th September in Chassagne and Puligny, a week or so later than 2018 and later than originally anticipated due to the cool weather around flowering which delayed vine development. The extra time allowed the grapes to ripen more fully. Conditions during the harvest were ideal resulting in a crop of very healthy, albeit small grapes (the smallest in 30 years according to Oliver Lamy!) at optimum ripeness.

So, whilst 2019 yields were low, quality was excellent mainly due to the concentrating effects of the weather which intensified flavour and acidity (small berries are also naturally high in acidity).  Several growers made the point that despite warm summer, there were fewer extremes of temperature and less intense sunshine than 2018, a real feature of this vintage, factors which contributed to better balance. A dry northern wind in August was also a positive influence according to Mathias Parent of Domaine AF Gros. Another factor in terms of style, were low levels of malic acidity, a point made by Benjamin Leroux. Malic acid converts to lactic acid during malolactic fermentation which gives wines a creamy character, its absence resulting in wines with greater vigour.

The whites showed tremendous consistency. Growers whose whites may have been a little underwhelming in 2018, seem to have produced better and livelier 2019s, whilst top domaines have produced outstanding results. Some growers were worried about alcohol initially, but the wines show great balance and restraint.  In contrast to 2014 and 2011, the wines have a generous quality about them but are less ripe than many 2015s.The crystalline fruit is reminiscent of 2017 but there’s more intensity and an underlying, energetic minerality that makes your mouth water – brilliant!

The reds were a joy to taste straight from the barrel with intense, ripe fruit balanced by invigorating acidity. The freshness accentuates the differences between each terroir giving the wines a real sense of purpose and place. Alcohol levels are barely noticeable, and tannins are supple and well-integrated, almost seamless. The wines have more flesh than the 2010s and are less ripe than the 2009s.  Although there are some beautiful 2018 reds, the 2019s are more intense with better definition and there’s great ageing potential too. It is hard not to enjoy these wines.

In the cellar, growers avoided over extracting the reds to maintain the suppleness of the fruit. As vintages become warmer, more and more winemakers are using whole bunch fermentations to add an extra dimension to the wines. What was considered trendy in the past, is now commonplace. Ripe stems enhance the aromatic profile of the wines and absorb some of the sugars reducing potential alcohol too.

This was one of the most enjoyable weeks I have experienced in Burgundy for some years, in slightly unusual circumstances it has to be admitted due to social distancing, but the enthusiasm of the growers and the quality of the wines more than made up for it.  The 2019s are fantastic in both red and white. They have great ageing potential too though some wines will be approachable relatively young offering a wide drinking window. If you can get your hands on a few cases, 2019 is a vintage to enjoy over the next few decades or so.

Download our Burgundy 2019 En Primeur report to view all producers and wines available to order.

Due to the high quality of the vintage and limited quantities, demand is sure to be very high with some cuvées, especially at Grand Cru level,
available on a strict allocation basis. Get in touch with us via the form below to secure your cases.